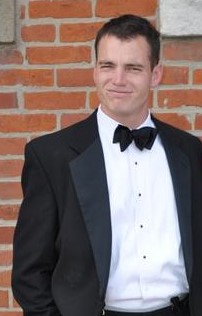 Benedict was home schooled in Southern California until he attended Thomas Aquinas College in 2005, from which he would graduate ten years later. Not all of those years were spent at school; he took a six-year side-jaunt from the straight and narrow to enlist in the US marines (he no longer insists on being addressed as Sergeant). After college, he attended Ave Maria University in Florida and received a MA in Theology. He now gardens in California, hikes with his wife and two sons, and tries to combine his two horticultural loves, Californian native plants and English roses. He backpacks, builds furniture (mostly bookcases), reads English novels, paints landscapes, and watches films others find boring.