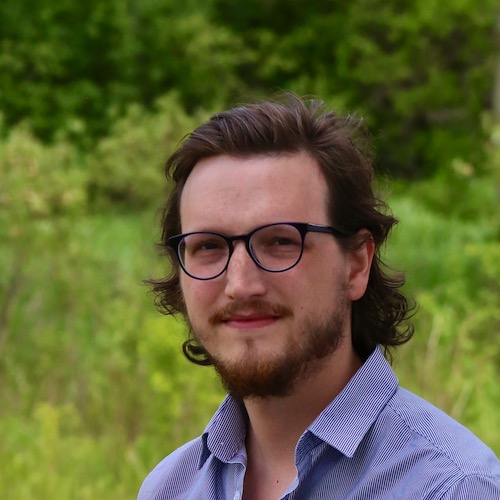 Levi was home schooled from kindergarten through grade seven near Vancouver BC. There, he lived at a commercial bell pepper greenhouse where he quickly became the on-site IT guy, helping his dad with everything from printer troubleshooting to the climate-control computers. After high school, Levi went to school in England to study live sound engineering, then came back to BC to study web development. He has been working in the technology industry for over a decade.

While at school in England, Levi started writing letters to an Alberta girl, who later became his wife. She convinced him to switch provinces, and they put down roots in the town of Legal. Levi and Kaitlyn are now a few steps in to their journey as home school parents with their eldest two children. They can’t imagine doing school any other way and plan for their two younger children to join in as they grow.

In his spare time not in front of a computer, Levi enjoys brewing his own kombucha and other strange drinks, tending to his plants, reading a good book, or cycling the prairie roads, all done while humming along to a song or two.