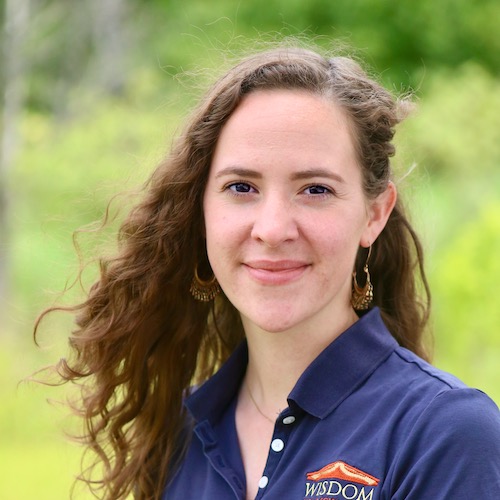 Naomi started working with WISDOM in 2005... actually, much longer if you consider that the original WISDOM office was in the front room of her childhood home.  Over the years of formally working for WISDOM her work evolved from odd jobs, stuffing magazines and cleaning the office to filing and print management. After a while her role developed into Editorial Assistant and Art Design Technician. She became a font nerd and InD layering geek who loves to make things beautiful to look at and attractive to read.

In the Spring of 2006 Naomi proposed and designed WISDOM's "Famous Home Schoolers" ad series and posters, which became a favourite among our families. In the fall of 2010 she proposed the redesign of WISDOM Family Magazine to a full colour publication, and has been head designer for the magazine ever since. May 2015 marked the 30th magazine Naomi has designed for WISDOM. She also designs most of WISDOM's ads, posters, WISDOM wear, and smaller publications.

A classically trained artist who works primarily in oils, her contributions to the creative team at WISDOM have been valuable, including sometimes providing original art to beautify publications. Naomi's creativity and natural eye for detail was aided by her study at an art academy in Florence, Italy. Between projects at WISDOM she continues to create art from her private studio near Derwent, Alberta.

Naomi was married to Miles Doyle on March 19, 2015, and they make their home in the countryside near Derwent.