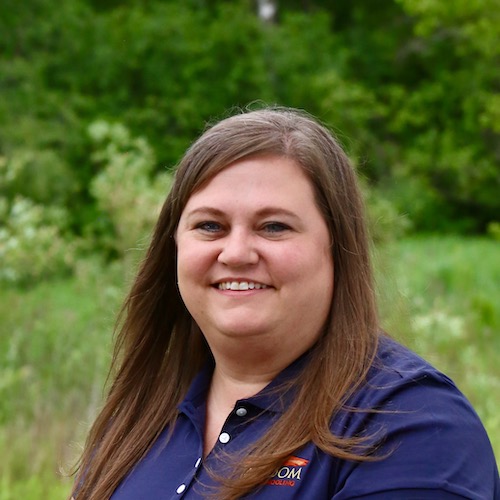 Carrie knew she wanted to be a teacher for most of her life. She had a very impactful relationship with her second grade teacher. She was a good teacher, but she was great at caring for Carrie, even outside of tbe classroom. That's how Carrie wanted to be for her students.  After high school she went to Concordia and the University of Alberta. She graduated with her BEd and taught kindergarten-to-grade-six for over 10 years in Calgary, La Crete and Sherwood Park, AB. As she was winding down with teaching, she worked at church as the part time Children's Ministry Director for six years. It was a great experience that helped her to do two things she loves: working with kids and serving God.

Carrie has been married to her husband Bernie for 17 years and they have four children, ages 21-3. They adopted their eldest when he was six, and shortly after had two more, and then one last blessing six years later. Now that looks like one out of the house and one just potty trained, with a couple in between!

Originally, home schooling was never on their radar, but the Friesens decided to try it with two of the children for a year and fell in love. That was seven years ago. It is a gift to be able to invest this time with them. Carrie and Bernie enjoy the lifestyle, freedom and the time it gives them to be our family's greatest influence. Carrie likes to share about the blessing of the home schooling journey with everyone she can.

The Friesen family is invovled in church ministry, Girl Guides and Cubs. They enjoy camping all summer, being outside, playing board games, spending time with friends, baking and serving others as needed. In the few moments she has to herself, Carrie likes to colour, read, drink coffee and chat with friends.

Carrie joined the WISDOM team in Fall 2020, and is enjoying this new adventure of coming alongside parents and families to encourage and support the home schooling journey they are on.